By now, you have most likely heard of a young man by the name of Brett Kasper that has gone from local kid to local legend. If you haven’t, here is a crash course on some of his homegrown heroics. Waterfront is not only the meeting place of Brett and Phoenix for the first time, but we also donated a room to the Bridegroom family to enjoy their time in Oshkosh.

There may be no bigger story in the Fox Valley than that of Phoenix Bridegroom and Brett Kasper. Phoenix is a 10-year-old girl from Indiana that, up until early 2015, was in relapse after being diagnosed with acute lymphoblastic leukemia in 2011. Kasper, a member of the UWO football team, was a Titan only by jersey. That is until his incredible decision to register, be selected and go through with the procedure as a bone marrow donor for Phoenix. Now, the term ‘Titan’ doesn’t even begin to describe the size of his heart and impact he has had on so many lives.

As a member of the UWO football team, Kasper became involved with a nonprofit program called “Be the Match” when head Football Coach Pat Cerroni urged members of his squad to register as young adult males who are in the age range typically selected by doctors to be donors for those in need. Be the Match is operated by the National Marrow Donor Program, responsible for maintaining the largest marrow registry in the world.

On the weekend of November 4th, Kasper, and the rest of the UWO football team, will welcome Phoenix and her family to Oshkosh. This is a chance for the Bridegroom family to visit, in-person, with the young man that never thought twice about helping a total stranger live a normal life. First, the Bridegroom family will meet Kasper and his support team in the Best Western Premier Waterfront Hotel and Convention Center on Friday for the very first time. From there, the Bridegroom family will attend Saturday’s home game which kicks off at 2pm at J.J. Keller Field or more commonly known as, Titan Stadium.

Brett Kasper has put the ordinary in extraordinary. He is a junior from just up the road in Two Rivers,WI and is attending UWO majoring in supply chain management. And as he begins to prepare himself for his impending graduation in a year or so from now, we find it appropriate that he also add “hero” to his resume. Phoenix will soon have a chance to meet Kasper and see for herself that not all superheroes wear capes. We at the Waterfront Hotel, could not be more proud to be part of something so much greater than ourselves! 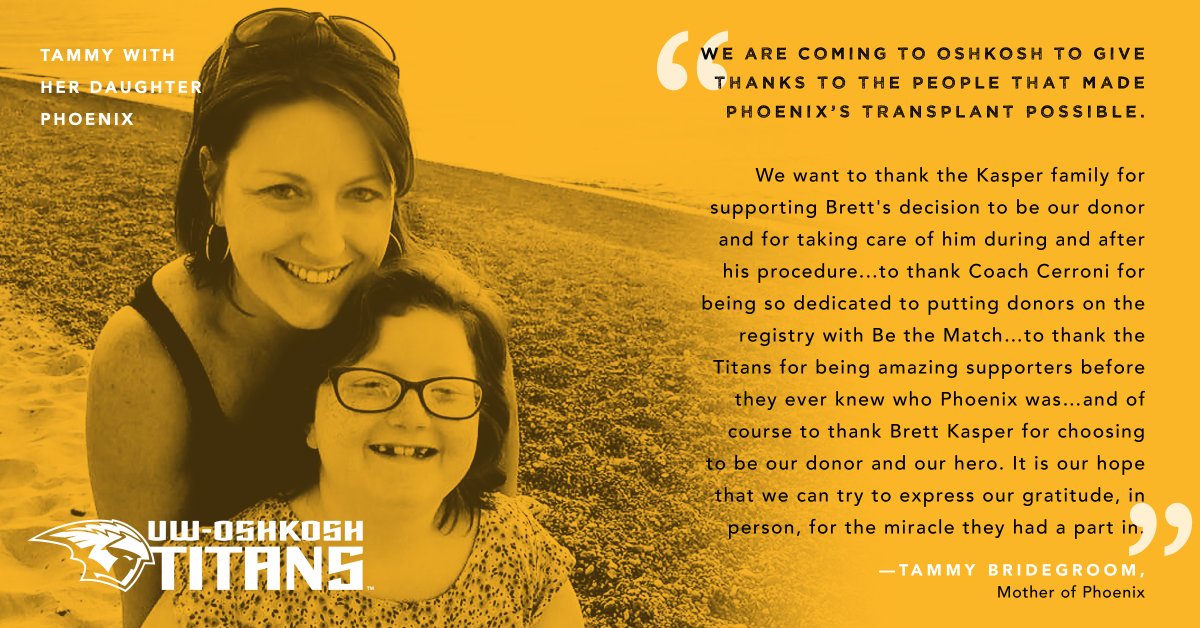 Waterfront Hotel invites you and your pet to Oshkosh!